It is November 2012 in Baja California, time for the Santa Ana winds to set the place on fire, the running of the Baja 1,000 race, and business as usual at Seagate’s farm.  With all of this activity, meet Seagate’s department of natural bug control. He is always working with his eyes on the ground.

Organic farming methods require the old-fashioned way of controlling insects.  Pesticides and herbicides are not used …and are not needed.

With the change of seasons in the Northern Baja California peninsula comes the appearance of the Santa Ana winds.  These are very strong and very dry desert winds that blow from east to west, sometimes reaching over 100 mph.  These offshore winds dry out the already dry brush and create an almost explosive fire condition.  The clouds in the photo below are actually smoke from a major fire 20 miles east of the farm.

When these same conditions occur in the San Diego area, such fires have destroyed hundreds and sometimes even thousands of homes.  In this area of Baja California, population is very scarce and the fires are allowed to burn, which is Nature’s way of controlling fire danger, by allowing the overgrowth of brush to regularly burn off.  In the case of this fire, no structures or homes were burned.

Our neighbor to the north, San Diego, has been forced by the uncontrolled home-building in formerly remote “wilderness” areas, to fight each fire. This has resulted in the ever increasing danger of a major catastrophic fire each year where brush is allowed to accumulate year after year. Eventually Nature wins this battle.

November also brings the major off-road racing event of the region to Ensenada, the traditional starting- point for the Baja 1,000 off-road race.  Usually the race runs the length of the Baja California peninsula, ending in La Paz near the southern tip.  Over the years, the participants have included an interesting cast of characters such as Parnelli Jones, James Garner, Paul Newman, Steve McQueen, and Ted Nugent, among many others.

The photos taken below were near the starting point just north of Ensenada. There are many different types of vehicles both stock (not modified) and modified, motorcycles, and sandmasters (sand buggies).   While it is difficult for amateurs with limited funds to compete against fully-sponsored professional teams, occasionally a rider on a bike can beat the pros.  The largest vehicles with their teams can cost well over $1 million dollars.  However, the goal for most of the riders that compete in this race has always been just to reach the finish line. 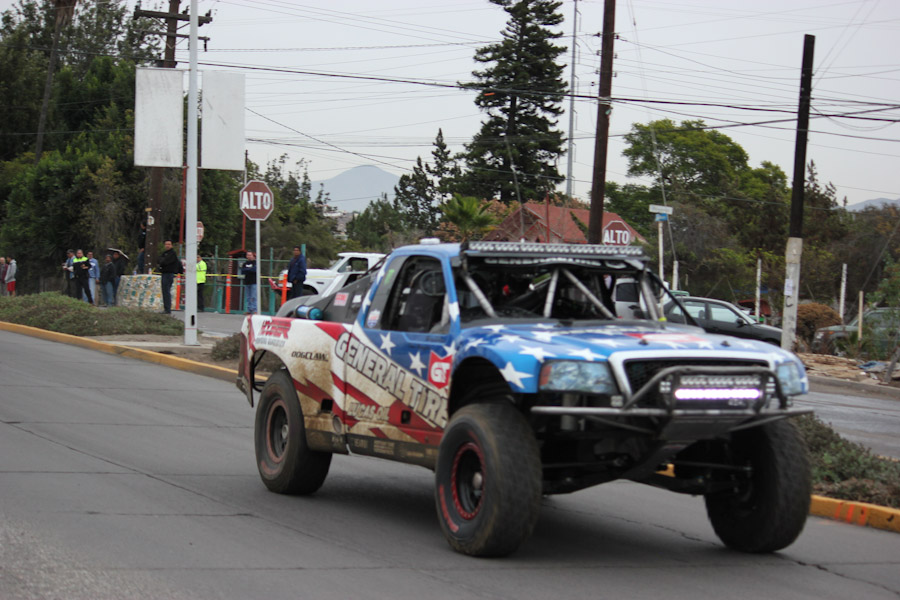 Spectators usually camp out for the 4 days of this even along the route.  It has become very common for the spectators to create hidden obstacles and even trenches for their own amusement to cause the race vehicles to lose control and flip over. There were no reported fatalities to the drivers this year. However, there were several deaths (unreported) of spectators as a result of excessive alcohol consumption and driving during and after the event.

The fish picture of the weekwas taken in a cave where it is common for fishto hide from predators or to rest out of the path of any currents.