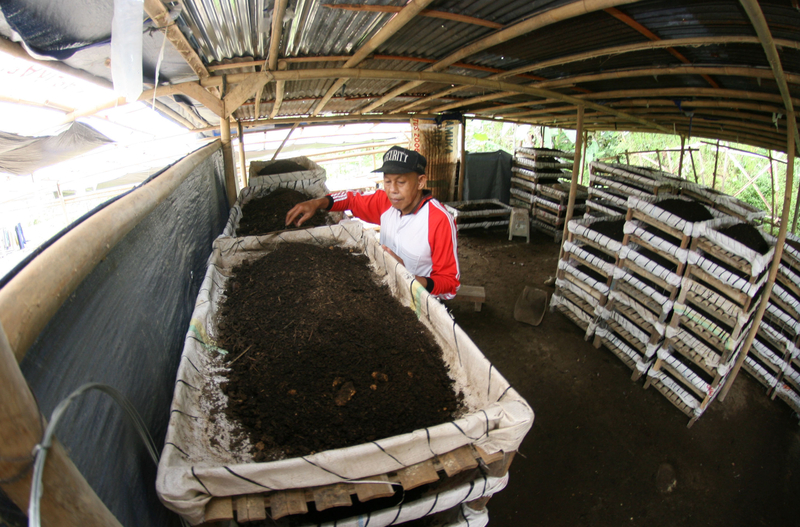 Whether they’re crawling in the yard after a rainstorm or hanging from the end of a fishing pole, many people get squeamish at the sight of earthworms. However, the wiggly critters are one of an organic farmer’s best friends. The process of composting with earthworms to create a mixture of decomposing food waste and bedding materials is known as vermicompost. Earthworms break down organic matter and create a substance known as vermicast, which contains a high saturation of nutrients and reduced amounts of toxic contaminants.

The Red Wiggler species of earthworm is most commonly used for vermicompost, although European nightcrawlers, and African nightcrawlers are popular choices as well. Many organic farmers obtain these types of earthworms at local nurseries, fishing bait shops, and online mail-order companies because these species aren’t ordinarily found in their soil. Red Wigglers feed most rapidly at temperatures between 59 and 77° Fahrenheit.

Vermicomposting is widely practiced in the United States, Canada, Japan, Italy, Malaysia, and the Philippines. Many large-scale organic farms utilize areas with bedding materials for earthworms to live in, known as windrows. Windrows are often built on concrete surfaces to stop predators from threatening the worms. Other large farms use flow-through systems, where worms have an inch of “worm chow” on the top of the bed and a large mesh screen is placed at the bottom of the bed. These systems also work well in colder climates and indoor facilities.

So what’s the big advantage of vermicomposting over traditional composting? First of all, earthworms convert waste faster. Worms consume about three times their weight each week, as opposed to labor-intensive conventional methods that take weeks or months to convert organic matter to compost. Using worms to convert your farm and garden waste also takes less time than other methods. Worm casings in vermicompost have an incredibly high percentage of nutrients that can be used over time, creating one of the best fertilizers any farmer could ask for. You can use vermicompost as you would other compost, by placing it lightly around your plants’ topsoil.

Even if you only have a small backyard garden, you can use vermicomposting to your advantage. In fact, this is a great way to dispose of kitchen wastes. Simply add small scraps to an existing compost pile in your garden to get started. Lots of gardeners use unobtrusive earthworm boxes in their homes to compose scraps, newspapers, cardboard, and other garbage items. To learn how to create your own worm box at home, check out Journey to Forever‘s detailed instructions. To learn even more about the topic, check out Rajiv K. Sinha’s 2011 book, Earthworm Vermicompost: A Sustainable Alternative to Chemical Fertilizers for Organic Farming.