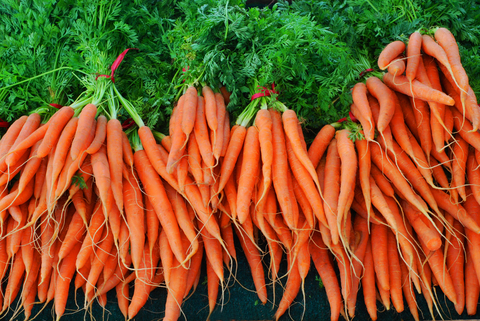 For environmental conservationists and healthy naturalists, organic farming has been the answer to the world’s agricultural crisis. It’s common knowledge that pesticides, fertilizers, and antibiotics affect our food and our land, but how does organic farming measure up when it comes to production? A 2012 metastudy in the international science journal, Nature, aimed to answer this question and there has been an ongoing discussion ever since.

The study recognized the need for major changes in the world’s food system, the challenge of feeding a growing population, the high demand for meat products, and the need to minimize environmental impacts. Upon the scientists’ analysis, it became clear that organic crop yields tend to be lower than conventional farming yields. So does that mean that organic farming is a lost cause? Not by a long shot.

With certain crops, ideal environmental conditions, and proper management, organic farms can approach the yields of conventional farms. According to most scientific studies, the degree of difference ranges from 5% to 34%, depending upon these conditions. How crops are watered, whether by irrigation or rain water, makes a big difference as well. During droughts and periods of excessive rainfall, organic agriculture often surpasses traditional methods because the soil has better water retention and irrigation flow. Organic yields tend to be low after the initial transition from conventional methods, but drastically improve in a couple years as soil fertility and management systems evolve.

As University of Michigan ecologist, Catherine Badgley, pointed out in Scientific American magazine, the world already produces enough food to feed the global population so production isn’t even the #1 problem. It seems that waste and distribution disparities actually pose more of a problem than numerical yield-to-yield comparisons.

It has become apparent that some organic produce fares much better than other types in terms of yields and production. The study found that organic soybean yields were just 11% lower than chemically-laced methods and that organic fruit yields were just 3% lower. Researchers noted that organic farmers can close the yield gap by adhering to the best organic management practices and by identifying situations where organic farming holds the most potential. “Instead of saying it’s an either/or, or it’s black and white, we need to take the best of both approaches and identify the situations that work and those that don’t,” commented study co-author, Verena Seufert.

So while organic farming is certainly not a lost cause, it still has a long way to go before it will convince conventional farmers to ditch their chemicals. Perhaps conventional methods produce higher crop yields, but they also produce about 40% more greenhouse gases. The food we eat is much more than simply consuming nutrients; it’s an emotional issue. Social and cultural values come into play in our decisions about the food we eat, and some compromises will be required from both sides to move forward in the debate. You can learn more about the Nature study, “Comparing the Yields of Organic and Conventional Agriculture” in its weekly online journal.