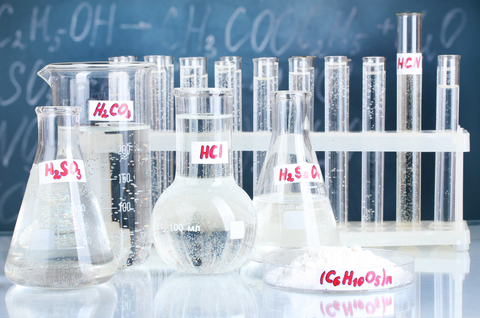 When most people think of pesticides, they envision large-scale agricultural operations spraying chemicals onto crops. However, pesticides are used in our homes, our schools, our offices, our highways, and our forests. It’s practically impossible to hide from every can of bug spray, every lawn that’s been fertilized, and every field that’s been crop dusted.

Pesticides enter the human body through the skin by contact, through the lungs by inhalation, or through the mouth by ingestion. The U.S. Environmental Protection Agency (EPA) acknowledges that these are the most common potential health effects of pesticides:

The most common types of adverse reaction caused by pesticides are skin and eye irritations. Other acute health problems involve abdominal pain, dizziness, nausea, headaches, and vomiting. People who work in close contact with chemicals in factories and on traditional farms are most susceptible to these symptoms. Although very few pesticides cause true allergies, many people suffer from allergic sensitization symptoms like swelling, itching, redness, blistering, and shortness of breath.

Pesticides known as organophosphates and carbamates have proven most damaging to the central nervous system. Children under 12 are most susceptible to nervous system damage after pesticide exposure because their brains are still forming and their bodies’ detoxifying mechanisms aren’t yet fully developed. A 2006 study, “Pesticide Exposure and the Risk for Parkinson’s Disease,” found that the risk of developing Parkinson’s disease was 70% greater in people who were exposed to at least some level of pesticides.

Pesticides have been linked to several different types of cancers in humans, most commonly leukemia, brain, bone, breast, ovarian, prostate, testicular, liver, and non-Hodgkins lymphoma cancers. According to the findings of a study published by the Agency for Toxic Substances and Disease Registry, “children who live in homes where their parents use pesticides are twice as likely to develop brain cancer versus those that live in residences in which no pesticides are used.” Although American farmers tend to be healthier than the average U.S. Citizen, studies by the National Cancer Institute uncovered higher instances of leukemia, non-Hodgkins lymphoma, and other forms of cancer.

Many scientific studies have shown that prolonged pesticide exposure can lead to birth defects, stunted fetal growth, and even fetal death. Pesticides, such as dibromochloropropane, lindane, and atrazine, have been linked to impaired fertility in males as well. Not only does endocrine system disruption affect hormone balance and reproductive health, but it can also lead to impaired brain development and behavioral disorders in unborn children.

Some pesticides are noticeably more harmful to the human body than others, and the amount of harm varies by the concentration and length of exposure. Some people, including children and those suffering from asthma or chronic disease, are more sensitive to pesticide exposure. The best way eliminate the harmful effects of pesticides is to ensure our food, air, water, and soil are free of toxic chemicals. Organically-grown foods and sustainable methods of pest control are the keys to keeping our families healthy and our environment preserved. To learn more about how pesticides affect the human body, check out the University of Minnesota’s study, “Public Health Risks Associated with Pesticides and Natural Toxins in Food.”