We’ve all had stomach aches, but they can be difficult to diagnose and cure because there are so many common causes. Although we usually refer to abdominal discomfort as a “stomach ache,” that pain could be coming from any number of organs in your midsection.

These are some of the most common causes for stomach aches and a few natural remedies that you can try to soothe it away.

Indigestion is very common among adults and children, and it can be triggered by a wide variety of things. It’s also often accompanied by constipation or diarrhea.

One of the best ways to soothe indigestion is to drink mint tea. With olive leaf extract, no artificial ingredients, and no caffeine, our mint tea has a cooling and soothing effect and a delicious taste that you’ll crave even when you’re 100% healthy! 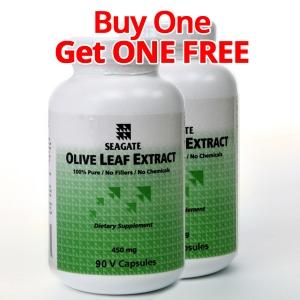 Diarrhea and vomiting are the most common symptoms and typically last about a day or two. Apple cider vinegar is a good natural home remedy for food poisoning.

Ulcers occur in the small intestines and pain typically strikes in the middle or upper abdomen regions. Certain types of bacteria, medications, and antibiotics frequently cause ulcers.

Foods that are rich in flavonoids, including soybeans, grapes, kale, broccoli, and green tea, are good for soothing ulcers. People with ulcers should avoid foods that are spicy, processed, and high in sugar and salt.

Milk is healthy and delicious, but some people’s stomachs simply can’t tolerate it. Lactose is a sugar that is found in milk and milk-based products, like cheese, yogurt, and ice cream. The best way to avoid the gas and indigestion associated with the condition is to bypass these foods altogether.

IBS typically involves rectal bleeding, but it can also involve chronic abdominal pain. Although it is considered to be less serious than inflammatory bowel disease (IBD), it still often requires medical attention. Pain relievers are often prescribed for this condition.

Natural remedies for IBS include yogurt, mint tea, ginger and fiber-rich foods, like oatmeal and apples.

Also known as GERD and heartburn, this disorder causes you to have pain in the lower chest and upper stomach areas. It’s caused when the area that separates the esophagus from the stomach becomes weak and stomach acids creep up towards your throat.

Herbal remedies that include chamomile, licorice, and marshmallow can help soothe the symptoms of GERD. Eating fatty foods often makes this condition worse.

Appendicitis is a severe inflammation of the appendix that requires a trip to the emergency room. Unfortunately, no home remedy will do the trick with this one. The condition is more common in children than adults, but older adults often experience it as well. According to Health magazine, these are the most common symptoms of appendicitis:

Although many types of stomach pain go away on their own within a few hours, persistent symptoms could be a sign of a bigger problem. If you experience fever, an inability to eat for more than two days, signs of dehydration, or painful and frequent urination, consult a healthcare provider as soon as you can. Your provider will likely ask you lots of questions about the pain you are experiencing, so jot down a few notes about your symptoms and potential triggers to aid your memory.