Your cellphone is one of the worst sources of germs that you come into contact with every day. It can cause all sorts of illnesses such as the flu, diarrhea, and even pinkeye.

A 2011 study sampling the germs on 390 cellphones in the U.K. showed that 16% of phones were contaminated with fecal bacteria, while 82% of the phones tested showed some kind of bacterial contamination. Although people claim to wash their hands regularly, most don’t.  Men wash their hands less than women, particularly when using public restrooms, thanks to their plumbing configuration.

The cellphone has typically become the source of entertainment behind the closed door of the bathroom. It replaced the newspaper.  However, the problem occurs when we touch our phone in the bathroom, then stick it in our pocket or pocketbook to wash our hands, then touch our phones again afterwards. The germs from that contaminated phone are back again on your hands.

Another study done by HML Labs of Muncie, Ind., found every single one of the phones they tested randomly in a Chicago office “showed abnormally high numbers of coliforms, a bacteria indicating fecal contamination.  Consider, those of you who are germaphobes and the rest of you who should become more phobic, that these people that use their phones then shake your hand, share papers and pens and computers in an office setting … and then come home and give their kids and spouse a hug and kiss at the end of the day.  That greasy surface over your phone’s screen harbors bacteria. You get the picture.

While alcohol may be a most effective means of decontaminating a phone, Apple explicitly discourages (ie. prohibits) the use of “window cleaners, household cleaners, aerosol sprays, solvents, alcohol, ammonia or abrasives” to clean their phones.  Short of rinsing (and destroying) your phone in hot soapy water, here are a couple of things that you can do:

*  Avoid using your phone while in the bathroom.

*  Consider using a waterproof cellphone protector such as Lifeproof’s or other brand, which can be immersed in soapy water.

*  Wash your hands thoroughly with hot soapy water before exiting the bathroom.

*  Assume that no one else is behaving like you. So avoid contact with their hands, their phones, and any objects that they may have touched. Especially avoid men who are exiting their bathroom.

*  Go around your work space right now and sanitize your keyboard, phone, desktop, pens, and any other object that may have come into contact with a co-worker. The specific product that Seagate developed for this application is Olive Leaf Surface Cleaner, which happens to be edible and safe to use on food surfaces. The prices of both the 2 oz and 8 oz bottles were recently cut in half due to increased volume production. 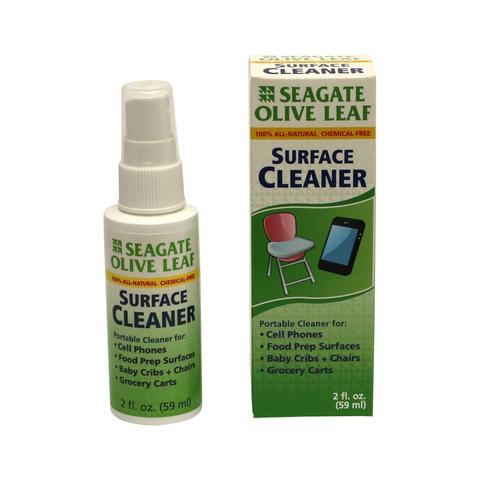 My favorite place to avoid germs is underwater with a camera in my hands, preferably swimming with a few friends like these Atlantic Dolphins. They could be mistaken for porpoises except for the prominent hooked dorsal fin (the fin on the top center of their back).  Porpoises have dorsal fins that are more triangular in shape.  This encounter happened so quickly that I was happy just to be able to point the camera in their direction as they passed by.