Many of us have experienced the temptation to pick at a scab, pop a pimple, or scratch at a blemish on our skin from time to time. However, if these tendencies become long-term habits or coping strategies, they can lead to an actual condition called Skin Picking Disorder (SPD).

Along with nail biting and hair pulling, this is one of several body-focused repetitive behaviors that involves a person causing damage to the skin. SPD is a very misunderstood condition, but a shockingly common one. Skin Picking Disorder has a prevalence of 1%–5% and affects both children and adults, often after suffering from a dermatological condition.

Medical researchers have found that SPD is often the result of uncontrolled anxiety, excitement, boredom, or fear. Some people get a sense of pleasure or satisfaction from picking their skin, while others are barely aware that they are picking their skin throughout the day.

This is an emotional outlet for some people and a way to control what’s going on inside them. SPD should be distinguished, however, from self-injurious behaviors like cutting and burning. Most people who pick their skin say they don’t want to actually harm themselves.

The behavior often begins after suffering an injury to the skin, when a scab forms and begins to itch. Other people say that their skin picking behaviors began after a traumatic emotional event and was used as a coping strategy.

According to the Diagnostic and Statistical Manual of Mental Disorders, 5th Edition, Skin Picking Disorder is most commonly characterized by:

Overcoming Skin Picking Disorder often requires habit reversal training, which involves instruction in keeping your hands busy by doing something else, like squeezing a stress ball. Stimulus control is also often a big part of SPD treatment and involves reducing the sensory input that causes one to pick the skin. Ways to approach this include wearing gloves, placing a bandage over the skin, or avoiding situations that lead you to pick.

Once skin pickers begin to adjust their habits, it’s also important to soothe and treat your damaged skin so that it can finally heal properly. We recommend OliveViate Topical Skin Relief for damaged skin as a safe topical treatment for a variety of skin rashes and irritations. It contains an olive and coconut base, concentrated omega-3 fatty acids, natural vitamin E to provide antimicrobial and antioxidant protection and promote the repair and healing process. 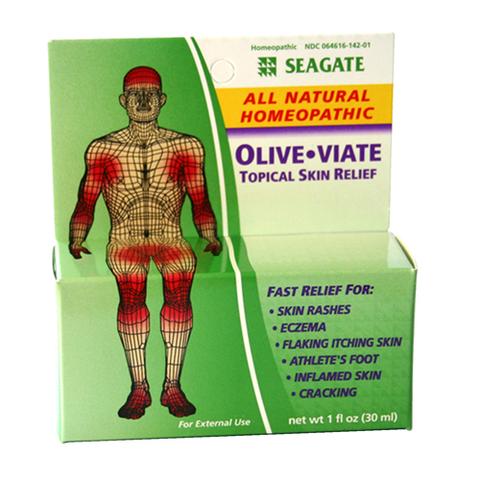 When to Seek Professional Help

Some skin picking behaviors are relatively harmless and disconnected from any other physical or mental conditions. However, if the behaviors begin to interfere with relationships, work, or school, it may be time to seek professional help.

Skin picking can be a symptom of a medical condition, such as an autoimmune syndrome, or a mental condition, like obsessive-compulsive disorder. If left untreated, it can also develop into a chronic condition that leads to substantial psychosocial dysfunction and serious medical problems. Cognitive behavioral therapy and medication are recommended in severe cases, but there are many things you can do to identify the problem early and intervene before it gets to that point.