Sen. Pat Robert (R-KS) is back again with another GMO-promoting bill. He is making another attempt to derail the Vermont law that took effect July 1st.  Senator Robert’s first attempt at interfering with Vermont’s law was detailed in our March 26th blog, Support for requiring GMO labeling in the Senate. That Senate bill by Pat Roberts was defeated. 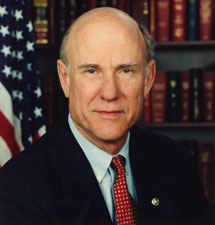 In order to not add to the confusion, we are talking about “bioengineered foods (we use the term food very loosely) which contain genetic material that has been modified by in vitro (ie. in test tube) recombinant DNA techniques, for which modification could not otherwise be obtained through conventional breeding or found in Nature.”

Sen. Robert’s new bill makes it look like he is conceding that the GMO’s would be labeled as GMO, when in fact it is just a smokescreen to avoid any labeling. What his bill proposes is to either just require a phone number of the manufacturer be placed on the label – “for more information call ….”.  Or he would prefer to have an electronic or digital link”. which is known as QR Coding, (Quick Response Code) those funny looking squares (above graphic) with lines which require a specific reader program and a high-priced iPhone to scan the information. How many of you shop with this scanner on your iPhone? How many people in the U.S. even have an iPhone? A recent survey by Consumer’s Union shows that fewer than 16% of consumers have ever even scanned a QR code. Restaurants of course would be exempt from any disclosure requirement by Robert’s bill.

So why not stop this foolishness and just put the information  that the food was genetically-modified in a lab directly on the label? Obviously, because Sen. Roberts and the biotechs that finance him don’t want you to see this information, while at the same time they could claim that it is now on the label.

In order to try and defeat Vermont’s GMO labeling law, Sen. Roberts placed this statement in his bill, “no State may establish under any authority or continue in effect as to any food in interstate commerce any requirement as to whether the food was bioengineered …”

Most likely this bill will be defeated. But at least Roberts is showing his biotech friends that he made the effort. Welcome to the U.S. Congress, elected by you but bought and paid for by others. FYI, Russia and China recently were added to the list of countries that now ban the import of genetically engineered foods.

Normally at this point in the blog, I place a nice tropical photo of a colorful fish.  However, today, I think that a rat is more appropriate. Do you see any resemblance to the photo at the top? 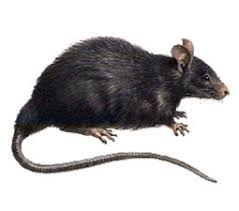