The rats in Congress voted for those who were feeding them the biggest piece of cheese.

In a surprise to everyone, except the other 62 Senators, Sen. Pat Roberts (R. – Kansas) was successful in getting his latest compromise GMO non-labeling / labeling Bill passed in the Senate on July 7th, by a vote of 63-30.  This could be bad news for Vermont’s mandatory GMO labeling law that took effect on July 1st because the Federal Bill if it becomes Law would preempt any State law requiring mandatory GMO labeling.  Robert’s first attempt at passing a Bill in March, that we discussed in a previous blog, which would have protected the biotech industry (Monsanto) from mandatory labeling, was previously defeated in the Senate. Sen. Roberts has learned some very good skills during his 36 years in Congress, especially when it comes to protecting large commercial farmers, the major food retail chains, and the biotech industry which have supported him through his numerous reelections.

This latest Bill now goes to the House for a vote, which is not likely to occur until September, after the Summer recess. If it passes the House and is signed by Obama, then Vermont and the 3 other States that require GMO foods to be stated clearly directly on the food label would have their laws nullified.  In their place, Roberts’ proposed (compromise) law would give the manufacturer options to either place a phone # for the consumer to call for more information on the label, or some text on the label or just a QR code on the label which requires a cellphone scanner and a program to read it.

Basically this is a watered-down version of the “DARK bill” (Deny Americans the Right to Know) that would have made it mandatory that GMO be hidden from labeling of foods, which was defeated by the same Senate. Now the strategy is to make it appear that the food has GMO labeling but to make it difficult for the consumer to read it by hiding the information behind QR coding or by simply causing the consumer to have to call the manufacturer for the information while they are in the grocery isle.

Here is the bad news —

A) This Senate Bill very likely will pass the House after its recess because the House of Representatives does not want GMO labeling. Last July, the House passed its own GMO labeling preemption bill (H.R. 1599) that would have allowed manufacturers to voluntarily label their food products — instead of being required to label — under the jurisdiction of the Food and Drug Administration (FDA).

b)  FDA contends that genetically engineered foods (“GE”) do not pose any safety concerns and, for that reason, GMO labeling should remain voluntary.

So for now, the Vermont mandatory GMO labeling law remains in effect … though somewhat tentatively.  Last year the Biotechs/Grocery chains lobby spent over $100 million to defeat bills and support Congressmen and Senators friendly to their cause that would keep you ignorant from knowing exactly what is in the food that you are purchasing.

Instead of a nice tropical fish picture, here is another rat photo to add to your collection, the author of the Bills designed to keep you ignorant. 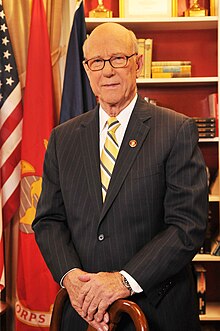