A customer name Mary posted a question last week about her husband’s nasal polyps — would the Olive Leaf Nasal Spray help get rid of his polyps which have completely blocked the flow of air into his nose? 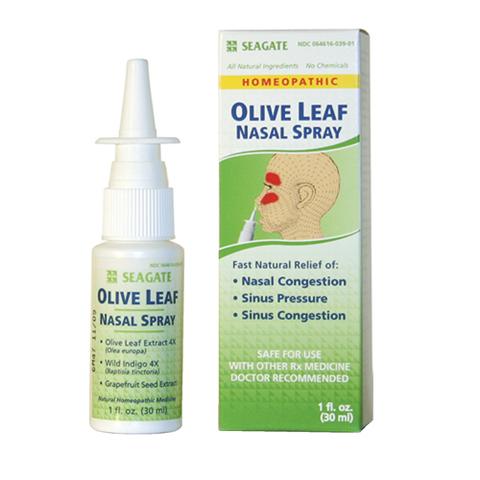 I happen to have had this same problem (unfortunately) about 15 years ago. So I can answer you speaking from some experience.
First of all, if the nasal passages/sinuses are almost completely blocked, then the nasal spray will have no chance to penetrate in order to give relief.

The body grows these polyps in response to some allergen or germ that the body has sensed and is trying to stop from entering the nose. It is a defensive mechanism. In most cases, once the item in the air causing the irritation is no longer present, most polyps tend to shrink and disappear.

However, in my case and I am guessing in your husband’s, the polyps got out of control and completely blocked the airflow.  What I ended up doing was to go to my Ear Nose and Throat doctor and have him cut out the polyps and cauterize the area that was growing them. This did not entirely stop them from growing again, but it helped 90% and it became more manageable.  After the operation, just one or two polyps would initially show up every couple of months for a few years. I did use the nasal spray at this point and the polyps did shrink and eventually disappeared entirely, never to return. Most likely the nasal spray was doing a good job of both rinsing out the irritants from the nasal passages and also making the nasal membranes an unfriendly place for germs to land and get established.

Eventually, I discovered the cause of my polyps. I was having an allergic reaction to certain pollens and therefore learned to avoid open fields during times of the year when these allergens were present in the air. For me, this was during the Fall season. I have not had a polyp in over 10 years.

I am sure you were hoping to hear that the Olive Leaf Nasal Spray might take care of his problem. However, this spray needs to be able to penetrate before it can help.

One place where my sinuses always stay clear is below the surface of the ocean. The air in the scuba tank is very dry and very filtered and promotes clear sinuses. I also like it down there because it is free of biting bugs, one of my biggest headaches when diving the tropics. This photo below shows a couple of Grunts playing and searching for food above a reef. Notice that the Grunt closest to the camera is well-lit. The second Grunt seems to be in the shadows. This occurs despite the second Grunt is out of range of the strobe light.  Light slows down in water such that the light traveling to the furthest Grunt (which is only 2 feet further away from the camera) does not have enough time to make the return trip to the camera lens as it does for the nearest Grunt. 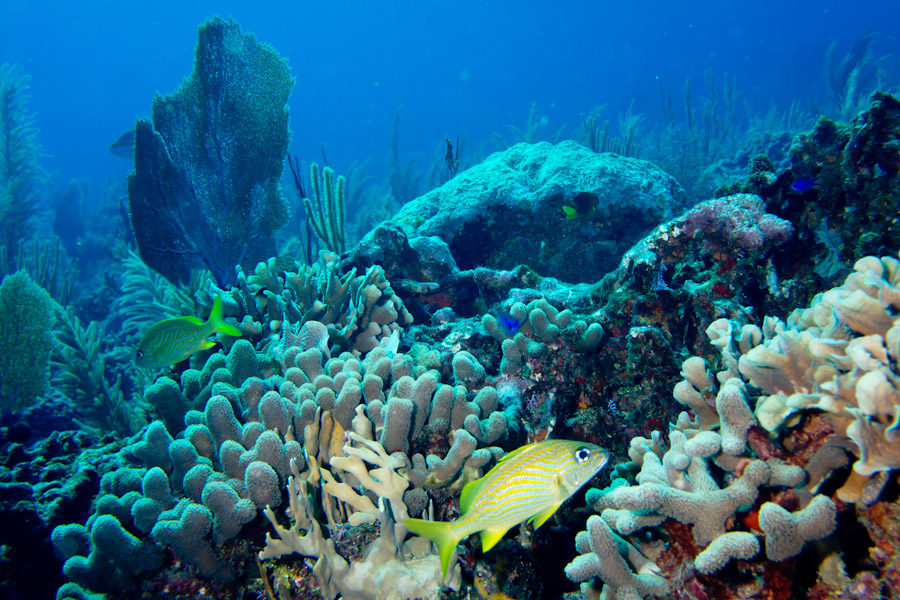