The March 11, 2011 earthquake and resulting tsunami destroyed Japan’s Fukushima nuclear power plant’s Units 1-3, causing the meltdown of three reactors. and the release of radiation into the atmosphere and ocean. This set in motion an uncontrolled release of radioactive contamination into the Pacific Ocean.   The clockwise rotation of the ocean currents in the Pacific ultimately bring the flow of water from Japan north to Alaska and then down the Pacific Coast of Canada, the U.S. and Mexico.  This circulation had the potential to bring radiation-contaminated water to the area where Seagate is actively fishing and seaweed harvesting.

In 2012, Seagate began closely monitoring our local fisheries for any radiation activity in the local seaweed beds. Beginning in July 2012, we began to share the story and the results on this blogsite with 3 articles:

May 18, 2015 – Fukushima’s radiation will not affect Seagate

Due to the velocity of flow of the Pacific current bringing water from Japan to our west coast, it would have taken approximately 1 year for for the contaminated waters to reach our area. We decided to use seaweed for the radiation tests because it absorbs nutrients and any contaminants from the surrounding seawater. It was therefore a perfect medium to test for radiation on an ongoing basis to find any indication of growing contamination that might threaten our region and local fisheries.  By 2015, we were seeing minute signs of radiation, but overall levels were negligible 4 years after the Fukushima meltdown.   A complete set of the 5 radiation test reports performed for Seagate by an independent laboratory are provided in downloadable forms: 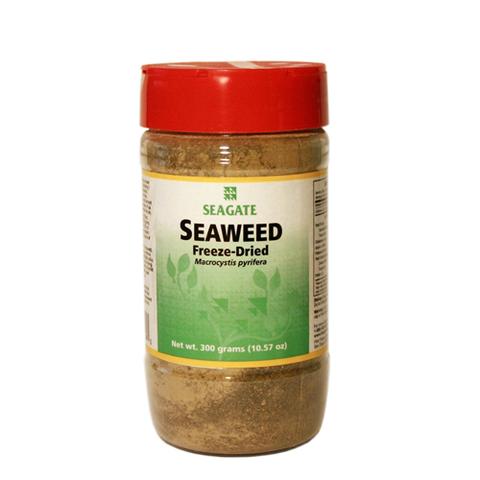 As of 2017, 6 years after the disaster, all traces of radiation have been reduced and have disappeared.  At this point, it appears that any ongoing or incidental radiation contamination is no longer a factor.  There has been a lot of worry about the vulnerability of the U.S. west coast to the release of radiation by Fukushima. However, at least for our area of southern California and Baja California, in 2017 the danger has now passed. This fellow below will be very happy to know that he is not consuming radiation.