The Senate just confirmed the approval this week of the newest FDA commissioner – Dr. Scott Gottlieb – a 44-year-old physician.  Many Senators and Congressmen voiced their concern that Dr. Gottlieb has extensive ties to the pharmaceutical industry. In advance of confirmation, Gottlieb expressed his intention to recuse himself “for one year from any agency decisions involving about 20 health care companies he worked with” under an ethics agreement, including such companies as Vertex Pharmaceuticals, Cell Biotherapy, GSK, Bristol-Myers Squibb, New Enterprise, TR Winston, MedAvante and Glytec.

However, aside from his financial ties, which he promised to sell off, Dr. Gottlieb appears to be potentially a very good head of FDA for 2 reasons:

Normally with regard to the FDA, there is not much in the way of good news for the health food industry. The doctors and pharmaceutical industry have the game rigged against the natural food and supplement industry because it is a threat, which we have written about on numerous occasions:

August 2015 – FDA is attempting to limit access to compounded medicines

Dr. Gottlieb and President Trump would like to streamline new drug approvals, to make this process faster and less costly, so that new drugs won’t need to wait for many years and incur exaggerated costs to get to market, potentially saving the consumer a lot of money. Good luck on that one.

Seagate welcomes Dr. Gottlieb to FDA because he himself is a daily user of health foods and supplements and should have a more open mind to our industry. At least he has not worked on the staff of Monsanto. Let’s see if our opinion changes a year from now.

Whether Dr. Gottlieb turns out to be a shark or a good guy is dependent upon his actions in the coming months. Therefore we picked this photo below taken on a dive off of Belize when suddenly a pod of 15 dolphins appeared. They were swirling around me, dancing and playing with each other, as if they were in an underwater ballet. The picture is blue-tinted because they stayed too far away for the underwater lights to be effective.   Hopefully the new commissioner does not transform into a shark while in this position of authority. 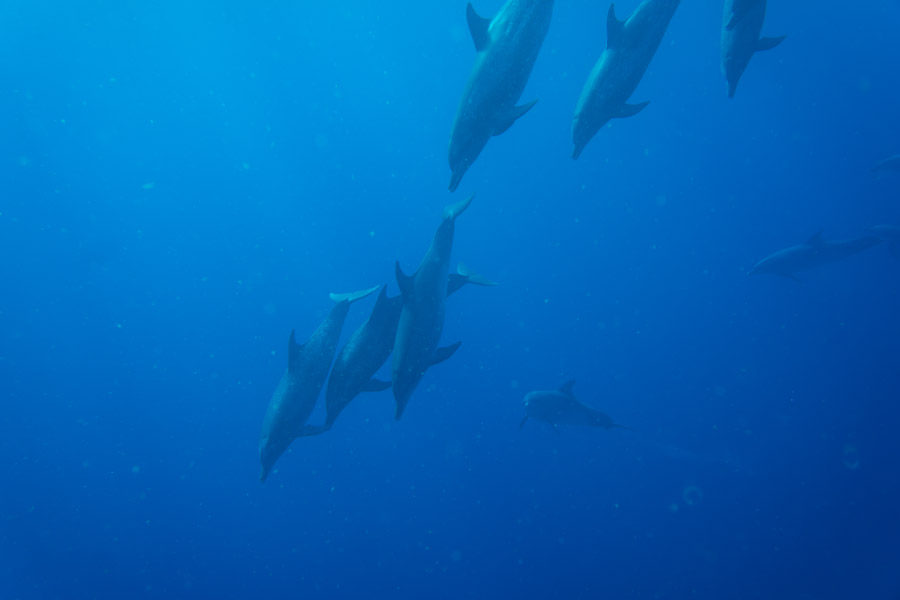 Dolphins swirling around me in Belize