Seagate’s new olive oil plant that was fabricated in Italy was installed this year in Baja California, and became fully operational. The machinery is mostly automated, requiring just one operator and a helper to maintain the flow. Jose along with his helpers are seen below installing the receiver, the first stage of the machine which receives the raw olives.

The olives are fed into the hopper, which begins the process.  Adrian is seen loading the raw olives into the receiver.

The olives first go through a series of washings and leaf removal.

The olives are then ground up in a crusher and fed into the press seen below. Behind the press are the control equipment and oil separators. 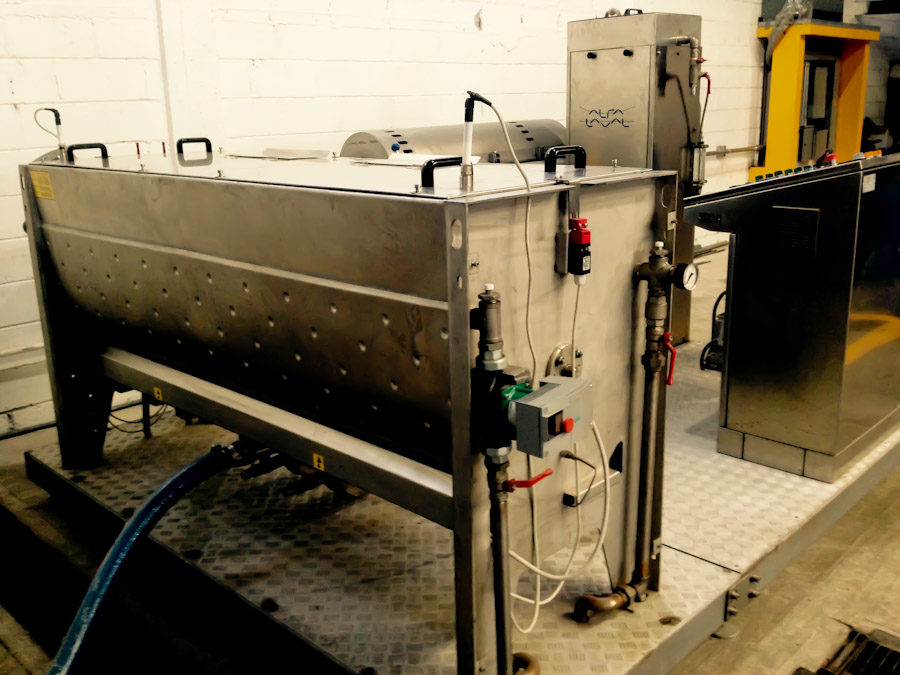 The oil is separated from the press cake in the photo below. This red-colored press cake is later used as fertilizer on the farm.

The finished product, the pure extra virgin olive oil, comes out of the centrifuge as the final step in this process.

Altogether, there are 9 machines are involved. The total time the olives are in this process is less than 2 hours.  This is a cold process, with process temperatures never exceeding 80 degrees F. Thanks to this machinery, Seagate has been able to process in 2 hours what used to require 2 days of production time.

Since you have gotten this far in the blog and have worked through the process of making olive oil, we present you with this final photo below of a baby Goliath Grouper that happened to pass by Richard when he was diving off a reef near Belize.  Juvenile Groupers can be as big as 2-3 feet long. Fortunately, Belizean reefs have not yet suffered the destruction of rising water temperatures and carbon dioxide levels. However, Belize is in danger of slowly becoming submerged as water levels along their coasts rise.