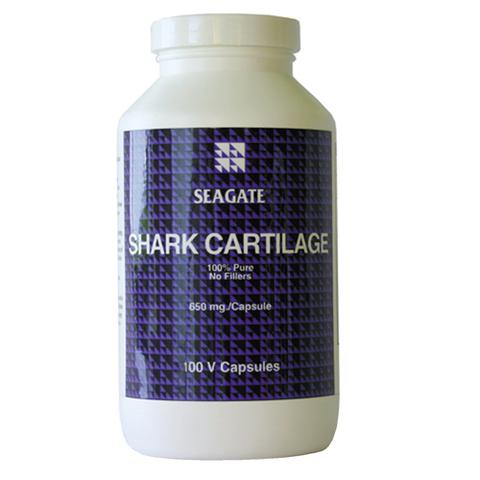 (A long-term remedy and support for joints)

Seagate has been processing shark cartilage since 1993. While we discontinued shark-fishing almost 18 years ago, this raw material remains an excellent source of joint support.  The cartilage we process is gathered from a local fish fillet house as a byproduct of a small but healthy and sustainable food fishery along the coast of Baja California.

In the mid-1990’s there were over 100 brands of shark cartilage circulating in the health food industry, most were attracted to the market for cancer treatment that was hyped by Dr. Lane and his company then known as Cartilade which then became Benefin. Now, all but a couple of those companies have disappeared.  Unfortunately for them and for the consumer, most of what was being sold was cut with fillers.

Processing:  In 1993, Seagate added equipment in our plant that includes freeze-dryers and cryogenic grinders in order to produce the highest quality product. The meat is mechanically separated from the cartilage using high-speed brushes. The cartilage is then freeze-dried in a specially constructed high vacuum rotary chamber where the moisture in the cartilage is evaporated at very low temperatures. Seagate can guarantee the quality and integrity of this product, because we control the entire process. There are no fillers or excipients in this product. It is 100% pure freeze-dried shark cartilage.
Buy now:  Seagate Shark Cartilage 100 caps  $29.49

Several Seagate articles on shark cartilage that may be of interest:

Angiogenesis of tumors, its history