Today’s blog is an explanation of the differences between sulfur, sulfa drugs, sulfites and sulforaphane. This is a question we continually get from customers because of their concern that they might have an allergic reaction to the broccoli if they are allergic to some sulfur-containing compounds.

In our Broccoli post last week – Seagate Broccoli Sprouts delivery and Sulforaphane, we mentioned that the key ingredient that provides broccoli’s wonderful health benefits is the phytochemical sulforaphane … which technically is not itself found in broccoli, but will be produced and released during the digestion in your stomach of broccoli’s glucoraphanin.

Sulfur and sulphur are the same chemical. There are just two different ways to spell it.  Sulfur is an element in the periodic table, and the 5th most common element to be found on our planet. Sulfur is very reactive with other elements (except the very stable elements such as gold, platinum and the noble gases). Therefore it is normally not found in its pure form, but will generally be seen within compounds such as sulfides, sulfites and sulfates. The difference between sulfites and sulfates (also spelled sulphates) is in the number of oxygen atoms attached to the sulfur atom. However all contain sulfur.

Sulfites  are generally used as food preservatives. They are anti-bacterial compounds and can extend the time before fruit starts to turn brown. They are also almost universally used as a preservative in wine.  Added sulfites may sometimes cause negative side effects, like nasal congestion, an itchy throat, a runny nose, skin rash, and hives in some people. ~1% of people have a strong allergic reaction to sulfites.

Sulfa drugs are typically found in some antibiotics. They can cause an allergic reaction in some (~3%) people, such as breathing problems, rashes, hives, headaches, itching and swelling.  Sometimes the reaction to sulfa drugs can be severe and life-threatening.  A sulfa drug reaction is different from a sulfite reaction. A person allergic to sulfa drugs does not necessarily have an allergy to sulfites which are preservatives.  However, there is still the commonality that sulfur is contained in each.

So the answer to the sulforaphane/sulfur/sulfite/sulfa drug question is rather cloudy.  They all contain sulfur. However some people that react to one sulfur compound do not necessarily react to any of the others.  The least reactive should be considered to be sulforaphane since it is the result of the body converting another compound.  In summary, if you have any sort of sulfur compound reaction, just be aware when you are consuming any of these other forms of sulfur.

Sorry for the technical blog. However there was no other way to address this topic. As a change of pace, come visit a recent dive inside a shipwreck off the Cayman Island.  This sea anemone was found growing inside a steel-hulled ship.  Over many years, this ship will slowly rust and disappear.  However, initially marine life will attach itself to the surfaces of the hull forming an artificial reef and provide a source of food and shelter to local marine life. 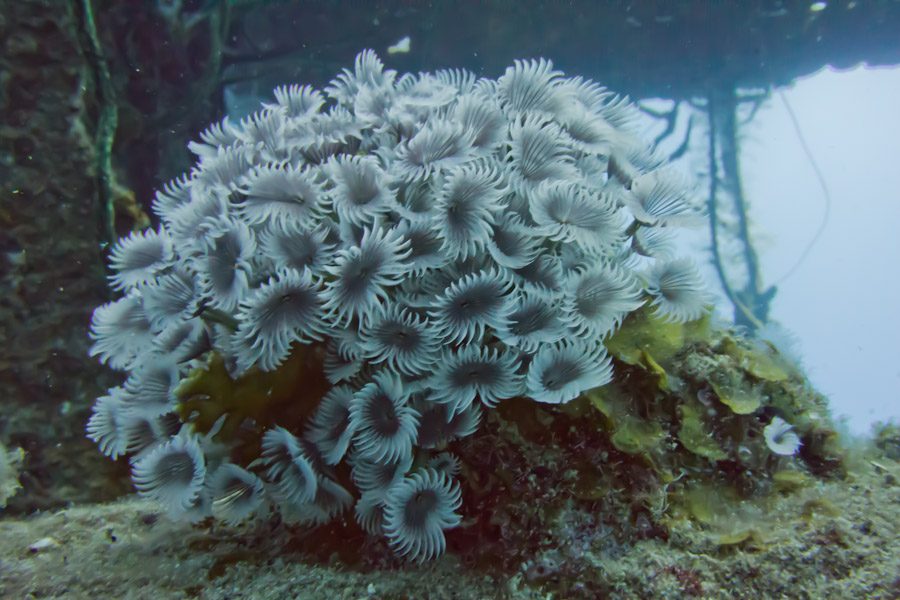