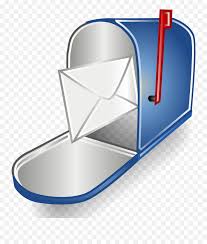 At first we assumed that this was some crank letter, completely out-of-touch with the reality that the fight against the virus has morphed into a political tool to control you and your children.  Have we seen anything but craziness and public manipulation coming out of the federal and most “woke” State governments during the past 2 years? However we answered Sonia politely, assuming that perhaps she might have just landed from Mars:

Hello Sonia,
Thank you for writing.
Here are a few of the things that I would include as supporting that statement “… given the absence of common sense in our government”:
– The Biden Admin awarding a $1.3 billion contract to a Chinese subsidiary that’s sending us COVID tests is like paying the arsonist for supplies to put out the fire.
– Mandating “vaccines” which really are not true vaccines because they neither prevent you from getting the disease nor prevent you from transmitting it. Read this article on our blog –  Vaccine or no vaccine?  Then changing the definition of what is a vaccine in order to call these shots vaccines.

– Paying trillions of $ to workers not to work … and discovering we have a labor shortage because people don’t want to go back to work.

– Forcing the firing of essential workers such as the nurses who risked their lives for all of us throughout the pandemic because of their refusal to get vaccinated.
– Causing the worsening of the supply chain problem and worker shortages by forcing companies to fire unvaccinated workers.
– Promoting vaccines that only have a 2-month efficacy — J&J’s “vaccine” patients are now recommended to get a booster after only 2 months of receiving their initial dose.
– Supporting “gain-of-function” genetic manipulation of viruses in the Wuhan Lab partially funded by the U.S. (this one was under Trump).  In other words, supporting an enemy State in the potential development of bioweapons and then denying that this was done.
– Mandating masks in public and then ignoring your own order. California Governor Gavin Newsom Faces New Criticism For Not Wearing A Mask. You’d think he would have learned something after being caught last year partying maskless with friends in Napa Valley. Personally I don’t believe the masks do much at all. But Newsom was the one to issue the state-wide mandates … and then decide he is above honoring his own rules.
There are other examples that would support the statement “… given the absence of common sense in our government”. But I have to get back to work..
Regards,
Richard Lentz

This statement -“Become more proactive in supporting your immune system this season…. given the absence of common sense in our government” has appeared above our promotion of a new product – Olive Leaf Plus – a new product that combines 6 of our favorite immune-support ingredients into one capsule. One serving (4 capsules) provides:

Our goal was to create an all-inclusive immune-boosting product that would allow us to take a more proactive approach to our own immunity and health, and not rely upon the government which keeps constantly-changing their approach and recommendations to keeping you save.  Seagate advocates not becoming 100% reliant upon the government to make your health decisions for you, but rather to take some responsibility yourself for keeping your immune system strong and keeping yourself better-protected.